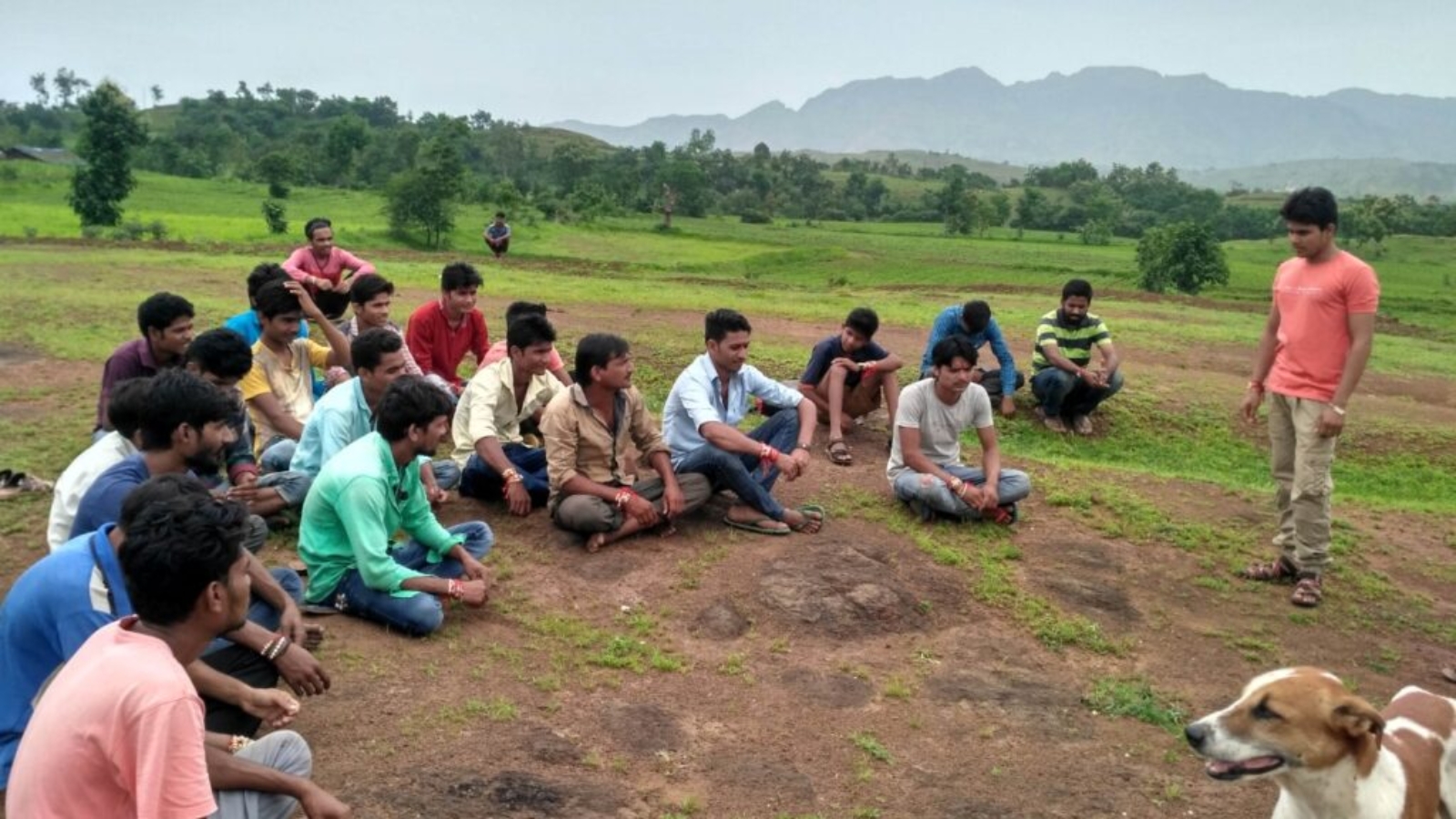 Aadiwasi JanJagruti, an initiative headed by Nitesh Bhardwaj, empowers tribal village youth in Nandurbar district in rural Maharashtra with mobile phones to make the “change they wish to see.”

When Nitesh Bhardwaj arrived in Nandurbar district in rural Maharashtra as part of SBI’s Youth for India Fellowship, he discovered very little visible development in some of the villages despite the government spending huge sums via different schemes.

“While the region held the distinction of having the first woman to receive the Aadhaar card in India, there was no mobile network or electricity in certain regions, and others did not have potable water,” he recalls.

Geographically, Nandurbar — bordering both Madhya Pradesh and Gujarat — has difficult terrain, falling under the Satpura range.

While primary and secondary school education had penetrated most of the region, the tribal-dominated district did not take advantage of many government-led development schemes.

“There was high-level corruption, and this made me realise that the right and relevant information must be disseminated among people to benefit them in different ways. For example, Amitabh Bachchan endorsing the Swachh Bharat Mission will not work here because it does not resonate in a language the people are comfortable with, or gets lost in translation,” he adds.

Thus began Nitesh’s work. He decided to create awareness and debunk false information that would spread widely through villages because there was no way to fact-check.

This also laid the foundation for Aadiwasi JanJagruti – a non-profit that would work for their development.

To understand Nitesh’s work is also to understand his own story – of failure and struggle to find what he believed in.

Hailing from Sihan village, Jharkhand, Nitesh failed his Class 12 exams twice because he couldn’t comprehend “science.” After realising he was not meant for engineering, he became fascinated by journalism.

After completing his graduation from Delhi University, he worked for a year in various channels and production houses before specialising in Development Communications in his Master’s at Doon University.

However, it was the SBI Fellowship in 2017 that changed the course of his life and the people he came into contact with in Nandurbar.

He became friends with students at the MJPWAC-Maharaj Janardan Poharya Walvi Arts College in Dhadgaon village and helped them publish a campus newspaper by teaching them to work on applications like Pagemaker and QuarkXpress.

Since the newspaper was limited only to campus, the students wanted to achieve this on a bigger scale by producing films.

Interestingly, throughout the conversation with SocialStory, Nitesh addresses the college students as bacche (children) — defining the close bond he has with them.

“Nagraj Manjule’s Sairat (a Marathi film) had just released and had become a huge hit. The students thought if a man from a small village could achieve such greatness by producing a film, why couldn’t they do it too by trying something on a small scale,” he shares.

He formed a group of 25-30 youngsters from the village from different backgrounds, and trained them on how to make mobile videos, write a script, generate ideas, different camera angles, editing, and finally, uploading it.

For the film to be effective, it had to be made on a hard-hitting subject, and the students chose child labour. The underlying message of the film, Nitesh says, was not one of derision or an indictment on society, but a simple thought that if the protagonist — a small boy didn’t have to carry familial responsibilities on his shoulders — he could have gone to school too.

“We uploaded the film on YouTube, and it did quite well. Local newspapers spoke of it, and soon, we began to see a rise in confidence among these youngsters,” Nitesh says.

Eventually, these youngsters made a film Swachh Bharat in powari, which caught the attention of the collector, They were gifted mobile phones and a mobile projector.

“We aired these short films on the mobile projector in different villages, self-help meetings, and gram panchayats in 85 villages in 2017. They received such an overwhelming response that we thought of making mobile videos of each scheme run by the government,” he says.

By 2019, the volunteer base grew to 50. Nitesh had completed the tenure of his fellowship and had returned to Jharkhand. However, the volunteers continued the work under his leadership.

The impact, Nitesh observes, is that people started coming to them to find solutions to various problems. He speaks of an instance where the villagers of Aamkhedi complained they had to walk a few kilometres up a hill to get potable water as there was no borewell in the village.

“We made a 15-minute documentary on this issue. The block development officer saw it, and the sarpanch was directed to use funds to dig six bore wells,” he says.

The biggest impact came when a sting operation was conducted on how banking correspondents of mini-banks charged Rs 20 for a withdrawal of Rs 500 made by villagers who had to walk at least 20 km to reach the bank.

As a consequence, some of the correspondents’ licences were cancelled, and others pledged not to charge extra.

During the COVID-19 pandemic, the main mission of the Aadiwasi JanJagruti volunteers was to debunk false information on the virus, enforce social distancing, and encourage people to vaccinate themselves.

“Health workers who had visited villages to encourage vaccination were beaten up and driven away. A lot of false news — like it was being done for population control and to kill the poor — began doing the rounds. We made a short film in powari and bhilori, where we used a teachers’ help to explain the facts. Soon, people understood and began attending vaccination drives,” Nitesh says.

Changing lives, one video at a time

The volunteers have now become social and community leaders in their villagers. Aadiwasi JanJagruti does not receive any government funding. Its small source of income comes from YouTube and small advertisements on the channels.

However, life has taken a drastic turn for the volunteers.

According to Nitesh, they are now more confident, and a few of them have also received prestigious fellowships from institutions like Ashoka University and Nirma Institute of Management.

Last year, Nitesh left his job as a consultant with the Deputy Commissioner’s office in Ranchi to concentrate on Aadiwasi JanJagruti full-time.

He says his family was not happy with his decision, but he countered their arguments saying his biggest wealth comes from the happiness of people in Nandurbar’s villages.

“There are five more blocks we are planning to expand to, post which, we will concentrate on neighbouring districts. We are also looking at CSR funds to help our cause,” he says.

His aim is for Aadiwasi JanJagruti to be the “BBC of the villages.”

“If a hand pump is not working, a big news channel is not going to cover it. We have to raise awareness at the village level,” he says.