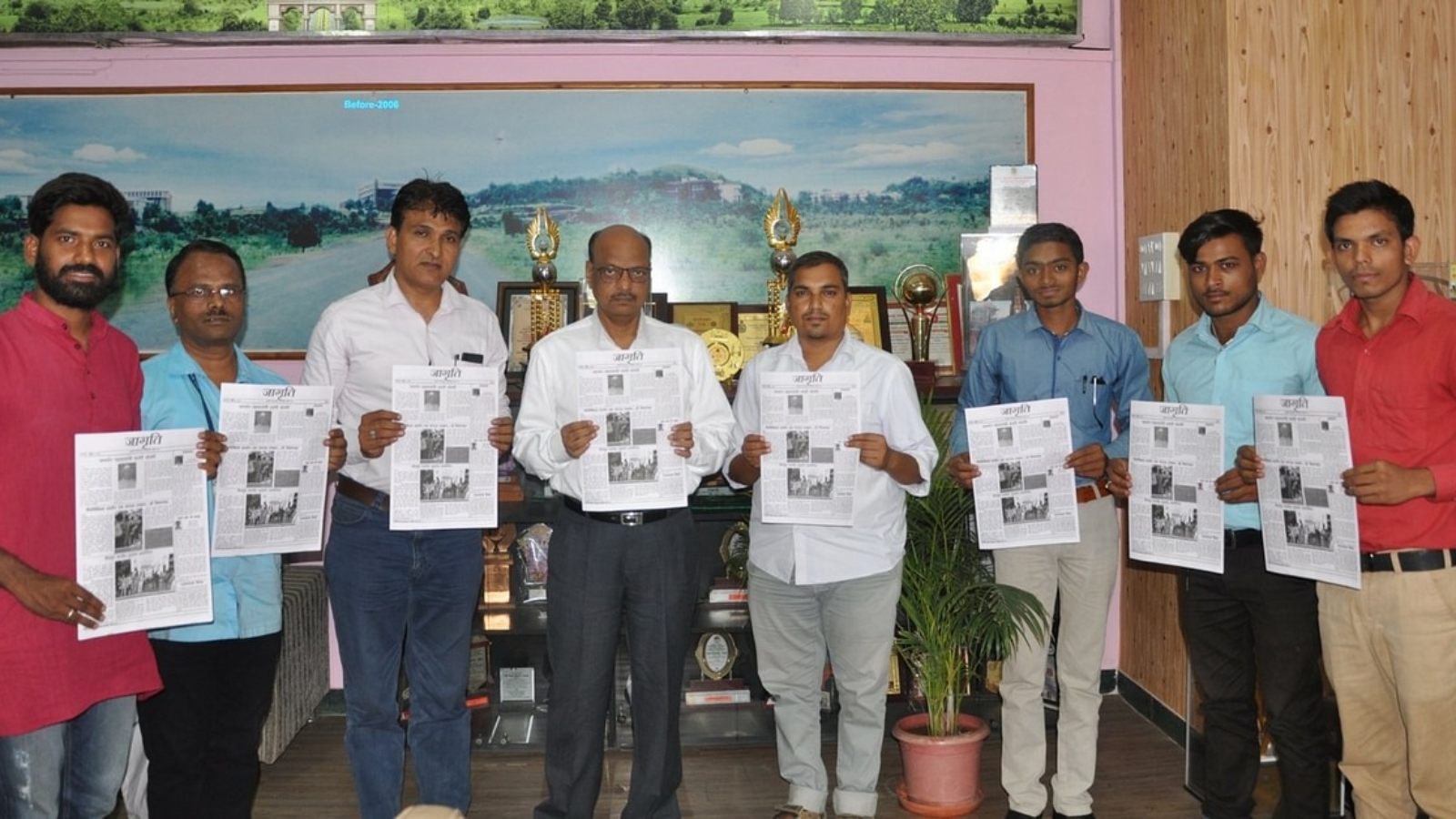 A group of tribal students from rural Maharashtra have started their own college newspaper to discuss their local issues and create a platform for expressing themselves.

They don’t have access to Internet. They don’t have Facebook, Twitter, or email accounts, and most of them don’t even have basic mobile phones. But these young college students have one thing which is far more important than all other talents, and that is willingness to do something. These students, with the least available resources, have made their own college newspaper. This is the story of tribal students from Dhadgaon Block, which comes under the most underdeveloped districts of India.

Dhadgaon is one of the six blocks in Nandurbar District of Maharashtra. The students from Maharaj Janardan Podya Wadwi College, Dhadgaon have come up with their first college newspaper. This 4-page newspaper, named Jaagriti, is entirely designed, edited, and distributed by the students. “It took about three months for us to produce our first newspaper, but now we will publish it every month,” said Naresh, a B.Sc. First Year student and one of the members of the newspaper team.

“It is our space. Nobody in Dhadgaon knew that I can draw, but now since my sketch has been published in our newspaper, every student and faculty knows about it,” said Santosh, a Second Year B.Sc. student who sells paani puri in the evening for a living.

The idea of making a newspaper for college students came from Nitesh Bhardwaj, who is working with BAIF in Dhadgaon for 13 months under a SBI Youth for India fellowship programme. While working for Market Linkage of Forest Products, he came in contact with Dr. H.M. Patil, Principal of Dhadgaon College. He discussed this idea with the principal and started working on it. He first trained the students to identify what is news, and how to write it. Later, he identified two students and trained them in newspaper design. Nitesh then made a team of nine students with different roles for the newspaper.